Arsenal legend-turned-pundit Ian Wright has urged manager Arsene Wenger to play Alexandre Lacazette upfront in the big game. The France international has been a huge hit in his maiden Premier League campaign with six goals in just 11 appearances. 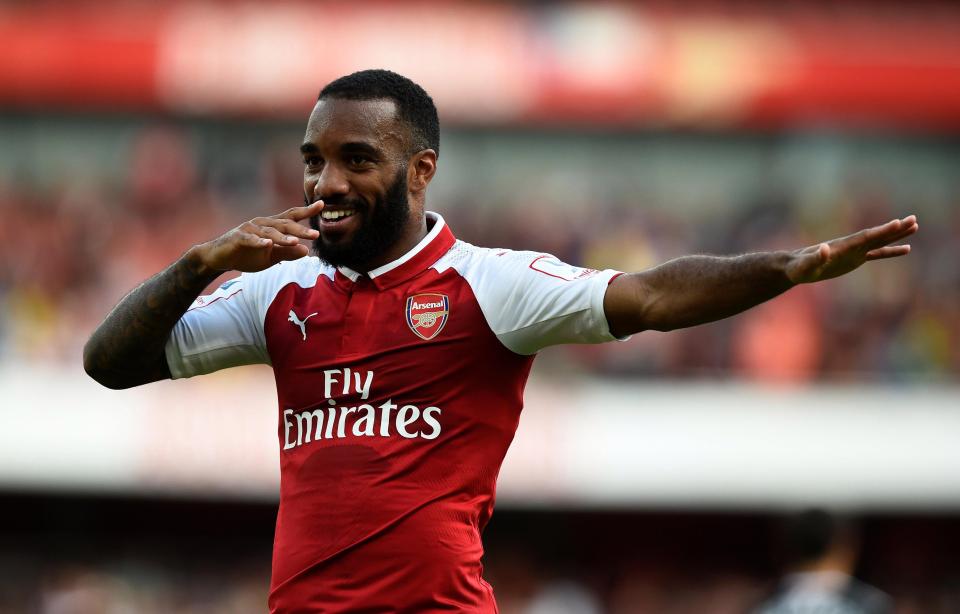 Speaking exclusively to Premier League.com, Wright heaped praise on the performances of Lacazette and feels his predator instincts makes him an ever-present in the Gunners line-up, he said: “Lacazette I feel is a fantastic signing if you’re going to play him then play him continuously.

“If I had him in my squad he would start literally every game. He takes half chances, he finishes well with both feet and I think now he is ready to be let loose. The more he plays, the more consistently he plays for the duration of games the more goals he is going to score. He’s that predator in the box Arsenal have been missing for many years.” He has shown time and again that he is worth watching, with French fans flooding here to buy tickets when he was announced in the squad for their World Cup Qualifiers in the Autumn internationals.

Arsenal face off against Tottenham Hotspur in the north London derby on Saturday and Lacazette has warmed up for the occasion with a brace for France in their 2-2 draw versus Germany earlier this week. Wenger has previously benched Lacazette for the away trips to Liverpool and Manchester City and the Gunners’ faithful will hope that the manager goes with his compatriot rather than the returning Danny Welbeck.

Welbeck has started his season in fine fashion with three Premier League goals, but multiple groin injuries have hampered his chances of cementing a regular place in the matchday squad. The Englishman is capable of providing the width for Arsenal, and he could potentially come on late depending on the nature of the north London derby.

Arsenal are currently 14 points behind table-toppers Manchester City and they face a must-win game versus Spurs if they are to maintain their slender hopes of competing for the Premier League title.